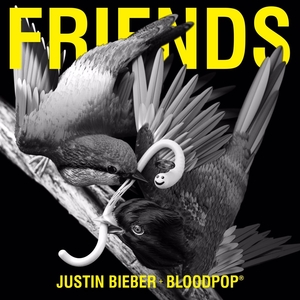 Justin Bieber has been away from the solo game for about 2 years after his smash album Purpose produced #1 after #1. Now he returns, attempting to dethrone himself from the top spot with “Friends”. It is written by the Biebs himself along with Julia Michaels and Bloodpop (Who had a hand in “Sorry”, one of Biebers biggest tracks of his career)

“Friends” falls a little short for me, it’s a generic pop track that could have been a throw away from his Purpose era. It isn’t terrible, but after all the bangers we have gotten from him over the past year or so, I expected much more.

I’m sure it will grow on me, like any generic pop song, but he could have done much better with this one.

Take a listen below!