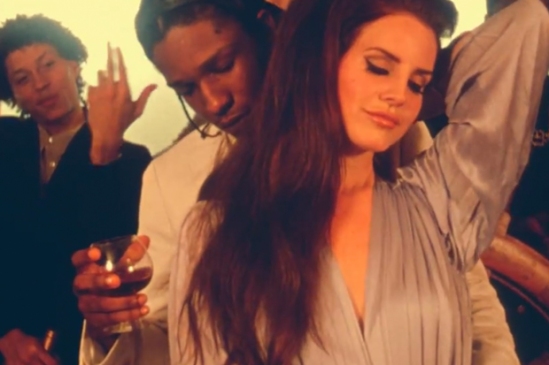 Fresh off the release of the ‘National Anthem’ starring A$AP, he releases his 2nd single off his album featuring the amazing Lana Del Rey. The snippet of this song was released a couple of months back and it was a big freak out track. It was supposed to be featured on The Kickdrums mixtape, but was pushed back due to the hype of the track. Now it has finally leaked in full version and it definitely doesn’t disappoint. I can’t say that I’m a fan of A$AP because I have very few interest in ‘rappers’ these days, but that’s a whole different story. I have to say this track has given him a little life, and I just might have to check out some of his stuff.