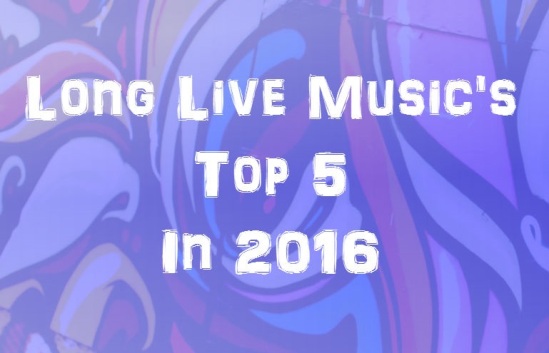 Now that the year is coming to a close and we approach another year of new music and new artists emerging from everywhere, it is time that we look at a few of the artists that we think will do big things in 2016. Now of course we have the obvious choices that are featured everywhere such as Alessia Cara and Jess Glynne, but we,here at LLM, consider their years to be already at a rise.

So we wanted to feature the handful of artists that may not get the most recognition but yet, are releasing music that, we feel, everyone will love. Below we have, what we consider to be, our top 5 artists of 2016.

First let me say that this definitely wasn’t an easy choice narrowing it down to 5, we considered doing a top 10 but that would have been too much. If you aren’t impressed with any of them, be sure to stay tuned to LLM because our other runner up’s may just be featured soon!

We did a feature on Alex Vargas around July after we discovered his take on John Legend’s ‘Ordinary People‘ and immediately fell in love. He hasn’t released much since then, and his EP is still in the works,with an official release month announced over twitter, we will be getting our hands on this in January. What a way to start off the year with new music!

Alex is paired with amazing song writing skills and an unbelievably soulful vocal, this guy has it all. In November, he graced ‘Day Trotter‘ with a session in which I discovered his new track ‘Giving Up The Ghost’. The track has an almost Jamie Woon sound to it, matched with a sexy falsetto vibe and a heavy beat drop, this track is everything.

We can’t wait to hear his new EP and hopefully he makes his way to the USA soon!

Our number 4 pick definitely has to go to the talented Duo Lipa. About a month ago she released the soulful pop track ‘Be The One’, which we have featured above. The track is a light hearted, fun, and extremely catchy song. It doesn’t really show off her vocal ability too well but trust me, it is something that you need to hear for yourself.

She did an acoustic session for her song ‘New Love‘, which brings out the amazing and raw soul in her vocals. The song itself is fantastic which gives her extra points for her song writing ability.

She was recently featured on the BBC Sound of 2016 long list, so at least I know she is getting some recognition for her talents. Here is to hoping she gives us some amazing music next year, because a talent like this needs to be heard!

Conrad Sewell is our number 3 artist, he is most famously known for being the amazing vocals on the Kygo produced track, ‘Firestone’. Conrad is definitely more than just a feature, he has some serious vocals on him, that can be seen above in the acoustic version of the track.

Aside from his cover of ‘Firestone’, he has a couple of tracks of his own that gives us a very different take on pop music. He has 2 standout tracks that have been on repeat over here, ‘Hold Me Up‘ and the smooth ‘Start Again‘. As soon as I heard ‘Hold Me Up’, I knew this guy was going to go far in his career, it is pop magic. ‘Start Again’ showcases Conrad’s more emotional and softer side, but even throughout this ballad, he continues to shine. His vocals on both tracks are undeniable giving a unique spin to what we are used to hearing on the radio these days.

He is currently scheduled to tour with the amazing Jess Glynn in the USA, I can’t wait to see what he has to offer live.

Keep an eye out for this guy, he is going so far!

Coming in at number 2, we have one of my more recent favorites coming out of LA, Gallant. I randomly came across his track, which I have featured above titled, ‘Weight In Gold’. I instantly fell in love with his soulful vocals paired with the almost trap/hip-hop beat, not to mention that flawless falsetto tone. The video is simple, yet at the same time has an epic feeling towards it with its bright lights followed by seconds of blackness.

As far as music goes, he doesn’t have too much under his belt that I have been able to find aside from the 3 or 4 tracks, including the one above, on his soundcloud. I did come across this fantastic cover of Drakes ‘Hotline Bling‘ which he performed alongside the talented Sufjan Stevens, the audio is not the best because it is a live recording.

There is no word on new music, but having said that he did just release ‘Weight In Gold’ last month. I have a feeling this guy will be a huge addition to the music industry, hopefully following in the footsteps of another one of my favorites, Daley.

Finally we reach our number one artist for next year!
This guy is featured on so many blogs as the next big thing, and I definitely have to agree.

With the increase of popularity of electronic artists such as Disclosure, Jack Garratt is able to sneak his way into success with his soulful take on electronic vibes. It is very rare that someone with who creates music of this genre is able to sing THIS well, but Jack somehow manages to blend the two very well.

While his debut album Phase isn’t set for release until February, he still has some huge tracks under his belt. ‘Water’ being one of my favorite tracks by this talent, it has so much raw emotion and digs right at the soul. He recently performed it in acoustic form (which is absolutely amazing) after being nominated for one of the most prestigious honors a new artist can receive, the Brits Critic’s Choice Awards. I have featured his most recent track above titled, ‘Breathe Life’.

He is touring the USA, but not coming down south at all unless he makes an appearance at next year’s SXSW. Here is to hoping for a live gig from this talented artist, and everyone should keep your eyes peeled for this guy. He is coming.