2016 has had it’s ups and downs, there is no doubt about that. We lost legends like Prince and David Bowie, but we have also had some fantastic albums be released. In the mix of all that, we have been paying close attention to the music scene to see who would emerge for 2017. Below we have a list of 5 artists that we believe will have an amazing 2017.

If you need some reference on our choices, check out our 2016 Ones To Watch list. Their accomplishments have been quite amazing to say the least.

We think that these 5 are definitely ones to keep an eye on, so don’t waste anymore time and jump in below!

This is one name you may be familiar with, after having huge success with her MNEK assisted single, “Never Forget You”. Although here in the USA, we latched on to that song quite late in the game, it turned out to be a huge success in 2016. MNEK has always been a favorite of mine, and this track was he perfect pair. If you are one of the few people that hasn’t heard this smash, check it out below!

Since then, she has had quite a bit of success overseas with some of her solo efforts. One of my favorites being the summer smash, “Lush Life”. This track definitely set her apart from the current pop trends we had in 2016, and was a fantastic follow-up to “Never Forget You”. It definitely showcases her vocals that were previously overshadowed by production.

In addition to some solo tracks, she has been featured on some serious bangers from 2016, including one of my all time favorites with Tinie Tempah, “Girls Like“. She was also linked to the UEFA Euro track of 2016 alongside the hugely successful David Guetta, titled “This One’s For You“.

Her most recent track comes only about a month ago in the attitude filled, “I Would Like”. There are hints of her EDM and pop mixture throughout the track, which makes for the perfect blend. Zara’s vocals sound even better than before, and with this track peaking at number 2 already on the UK charts, I can see big things happening.

Her debut album is scheduled to be released in January of 2017, so as long as there are no setbacks, I am buzzing to hear this album!

RAYE has had some pretty big tracks already this year. RAYE’s successes have mainly come from feature tracks, but don’t let that take away from the greatness of her solo tracks.

First, I will highlight some of my favorite features that have been on repeat in 2016. One of my most recent favorites being her Jax Jones collab, “You Don’t Know Me”, which is basically just a fun, house track for the dance floor.

The second feature is from a name that has quite the 2016, Jonas Blue. Alongside JP Cooper, Jonas Blue had a huge smash with “Perfect Strangers” and now follows up with the RAYE assisted, “By Your Side”.

Now that we have given you some tracks you may have heard from the talented RAYE, we can get to the real business. “I,U,Us” is definitely a standout solo track from RAYE, which was written with the talented Charlie XCX. This track is taken off her fantastic EP, Second.

With 2 EP’s under her belt, I believe it is only a matter of time before she releases a stunning debut album. Watch out for our number 4 pick, shes going to do amazing things.

I honestly don’t remember when I stumbled on Rag’N’Bone man, but with his debut single, “Human”, being critically acclaimed he has been everywhere. First, if you haven’t heard it, take a watch at the visuals for the track below!

Rag’N’Bone Man started his musical career with two EP’s, Wolves and Disfigured. His first EP, Wolves, gave birth to a track featuring the talented Vince Staples, “Hell Yeah”. Rag’N’Bone has always had a different sound to him, a more raw, unpolished, and soulful sound.  Take a listen to “Hell Yeah” below!

Finally, I’ll give you a live session from his second ep, Disfigured, with the track “Bitter End”. This is the track that initially peaked my interest and become a fan of his. The live video showcases, he is not all production and that there are some serious vocals attached to this talent.

Rag’N’Bone man has won the Brit’s Critics Choice Award for 2017, which has previously been held by Adele, Sam Smith and Emeli Sande. This guy has quite the year ahead of him, in which we will hopefully get a debut album from this talent! 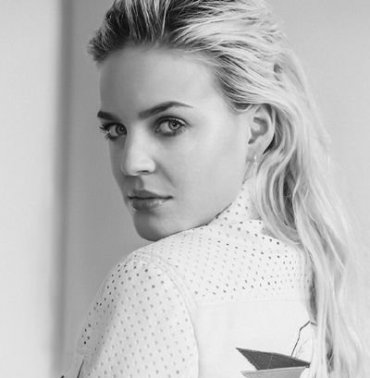 Anne-Marie is a talent that we haven’t really showcased too much here, but we have been keeping a close eye on her. One of our first exposures to this talent was “Boy”, which after hearing we instantly fell in love. There is an undeniable swagger to her vocals that brings something very unique to her sound. The track is fun and yet still doesn’t even begin to showcase her talents. Take a listen to “Boy” below, and see why we fell in love.

If that hasn’t sold you yet, “Alarm” definitely will. This track has been on repeat for the remainder of the year. It brings out more of that swagger we were talking about, and is definitely that hard hitting lane that everyone can get into. Take a listen below!

Her most recent success comes alongside the great Clean Bandit and Sean Paul, with “Rockabye”.  This track is just an all around smash, and it has been shown on the charts in the UK, and there is no sign of slowing down. If you haven’t heard this track yet, I’m not sure where you have been but you need to dive in below!

With “Rockabye” garnering so much success in the last quarter of 2016, it’s only right that we give our number 2 spot to the talent that is, Anne-Marie.

Our number 1 pick has had quite the year already, but we think that he is just getting started. Stanaj was featured in our Artist Spotlight in August, and since then has done some amazing things.

He has performed “Aint Love Strange” from his EP, on the one and only Jimmy Fallon. He released his first ever music video for the same track, which can be seen below.

Stanaj has no official album under his belt but this man is makin some serious moves, which leads us to believe his 2017 will be huge. Since our Artist Spotlight feature he has released a fantastic EP titled, The Preview, which can be heard below!

Stanaj recently took to the road with SoMo on a few tour dates in which I found this gem that he created titled, “Meant To Be”.  The only version we have right now is live, but I was instantly mesmerized by the lyrics and I can’t even begin to put words to those vocals. You just have to press play below

All in All, this guy has some serious song writing skills and just all around talent. He officially announced yesterday via Instagram live that he will be on tour with the one and only JoJo on her Mad Love Tour, which I couldn’t be more excited about.

Stay tuned ladies and gentleman, Stanaj is here to stay.